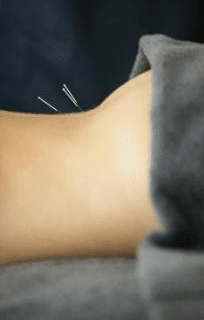 After two years of desperately trying to have a baby, Suzanne Reichenbach was told she would never produce enough eggs to conceive. At age 34, her hormone levels were virtually premenopausal.

Like millions of other modern women who have pushed back motherhood into their mid-30s and beyond, Reichenbach jumped at costly In Vitro Fertilization (IVF) treatments, the so-called petri-dish solution. But with too few follicles – the clusters of ovarian cells that house a woman’s eggs – science was stumped and Reichenbach was frustrated.

Desperate, the would-be mom told her doctor at Genesis Fertility Centre, a Vancouver reproductive clinic, that she would be temporarily leaving their care to take one last stab at pregancy . . . through the 8,000-year-old art of acupuncture. It didn’t matter that her physician had little hope in Traditional Chinese Medicine (TCM).

“The doctor said, ‘I don’t know why you would bother trying again. You’re going to have the same results.’ I was devastated,” Reichenbach said. “I had been healthy all my life and I felt like my body had sold me out.”

Reichenbach, a clinic coordinator at a New Westminster medical centre, had heard about the healing wonders of acupuncture through her friends. She had even tried it for relaxation a few times in the past, but scoffed at the notion that it could be successfully applied to reproductive health. Still, she had nothing to lose and everything to gain.

Acupuncture is much cheaper than IVF. Depending on the practitioner, the cost ranges between $50 to $100 a session, where IVF – including clinical procedures and drugs – can run between $7,000 and $20,000, per treatment.

Twice a week, she visited Dr. Brown for acupuncture sessions in his Vancouver clinic where calm music, fragrant flowers, and lit candles create a peaceful atmosphere.

As with all his patients, Dr. Brown inserted thin needles below Reichenbach’s elbows and knees, and in the abdomen and lower back. The patient usually feels a slight pin prick and a warm sensation throughout the body.

“It’s actually quite relaxing with the scented bag on your eyes and the music,” explained Reichenbach. “You almost feel like you’re in a spa.”

Acupuncture can be used to target the reproductive system by increasing blood flow to the ovaries. Practitioners say the blood’s hormones, nutrients and oxygen create a richer, thicker ovarian lining, to ultimately produce healthy eggs.

The goal is for the patient to develop a regular menstrual cycle, no post menstrual symptoms (PMS), or pain. Menstrual blood should be a “nice, fresh red—no clots,” said Dr. Brown.

“After two months, my system was night and day,” said Reichenbach. “My period was bang on at a 28-day cycle.”

Reichenbach also ingested herbs, which “tasted like dirt,” regularly exercised, and ate a “fertility diet,” which consisted of low-processed and organic foods. TCM is a holistic experience focusing on complete health, not just a method to ‘fix’ a problem, stressed Dr. Brown.

Freshly invigorated by the accupuncture sessions, Reichenback and Dr. Brown felt it was time to try IVF once again. Reichenbach returned to her doctor at the Wellness Fertility Centre and prayed that all her hard work would pay off.

The doctor counted 20 ovarian follicles. And instead of having half that number of eggs, which is normal, Reichenbach had 13.

“The doctor was shocked . . . and I was shocked,” said Reichenbach. “The doctor admitted that maybe there was something to acupuncture.”

While IVF has a success rate ranging from 19 to 39 per cent, previous research has found that acupuncture has little or no effect on pregnancy rates.

But a study published in the British Medical Journal (BMJ) earlier this month is causing the medical community to re-think its position on the merits of acupuncture.

The report looked at seven studies, in which 1,366 women undergoing IVF had either acupuncture or a sham form, where dummy needles created the sensation of a pin prick, or no treatment at all.

Remarkably, the odds of pregnancy increased by 65 per cent among the acupuncture group, although the authors caution that the data is still under review.

Dr. Beth Taylor, a reproductive endocrinologist at Genesis Fertility Centre, says studies like the one published in the BMJ are bridging the schism between western and Chinese medicine.

“By applying the scientific method, we are able to analyze TCM using the standards that we put western medical interventions to,” she said.

It hasn’t been easy getting the western public and physicians to accept TCM, says Dr. Brown. Ten years ago, there was still wild assumptions being made about the practice and its practitioners.

“They thought you had to be Chinese to practice. And I’m not Chinese,” he laughed. “It’s as ludicrous as people thinking a Chinese doctor can’t practice western medicine.”

Both Dr. Bown and Dr. Taylor say no matter which treatment a patient undergoes, female age is a major factor in determining a woman’s chances of conceiving.

“Because people have been delaying child bearing for career and other social reasons, more and more women are in their late 30s and 40s hoping to conceive at a time when the number of eggs they have left, or the quality of eggs, has declined,” Dr. Taylor explained.

Dr. Brown said the oldest woman who conceived a child with his help was 45-years-old. But he stressed that this was rare. Acupuncture generally cannot help age-related fertility problems like blocked tubes.

Be it IVF or acupuncture, there is no magic bullet to help women get pregnant. But a combination of the two is proving effective, according to Dr. Taylor.

“We partnered with Dr. Brown and we’re finding better results,” said Dr. Taylor, whose clinic was inspired by Reichenbach’s case, and those of women like her.

In a rare move, Acubalance Wellness Centre and Genesis Fertility Centre have partnered to bring the two types of medicine together in East-meets-West harmony. Doctors from both clinics who share the same patient will now dedicate an exuberant amount of time communicating with each other in an effort to find the best available treatments for B.C. couples desperate to conceive.

“We’re unique in our idea of integration, or ‘shared-care,’” said Dr.Brown. “I don’t think our patients realize how much time we spend on their files outside of seeing them in the treatment room.”

By creating a path of open communication between the different approaches to medicine, the ‘shared- care’ approach offers patients a less stressful fertility journey.

There has been such a large demand for this type of ‘shared-care’ that last month Acubalance Wellness Centre opened a satellite clinic in Langley, while Genesis Fertility Centre opened its second location in Surrey.

It’s amazing to see how excited they get when they realize that both their western doctor and their Chinese medicine doctor will discuss their file and they think that’s fantastic.”

Nearly two weeks after Reichenbach completed the IVF treatment, she took a home-pregnancy test. She had been waiting for three years for this moment.

“Should I look?” she thought to herself. Nervously, she peered over the bathroom counter and saw a faint second line on the test strip, indicating she was pregnant. The line was barely visible but it was there.

On Nov. 29, 2007, Reichenbach and her husband Michael gave birth to Zander, a baby boy weighing eight pounds, eight ounces. Although she was skeptical that TCM would work for her, she’s now convinced of it’s healing powers.

“I truly believe that I wouldn’t be sitting here with my baby if I hadn’t done the acupuncture.”